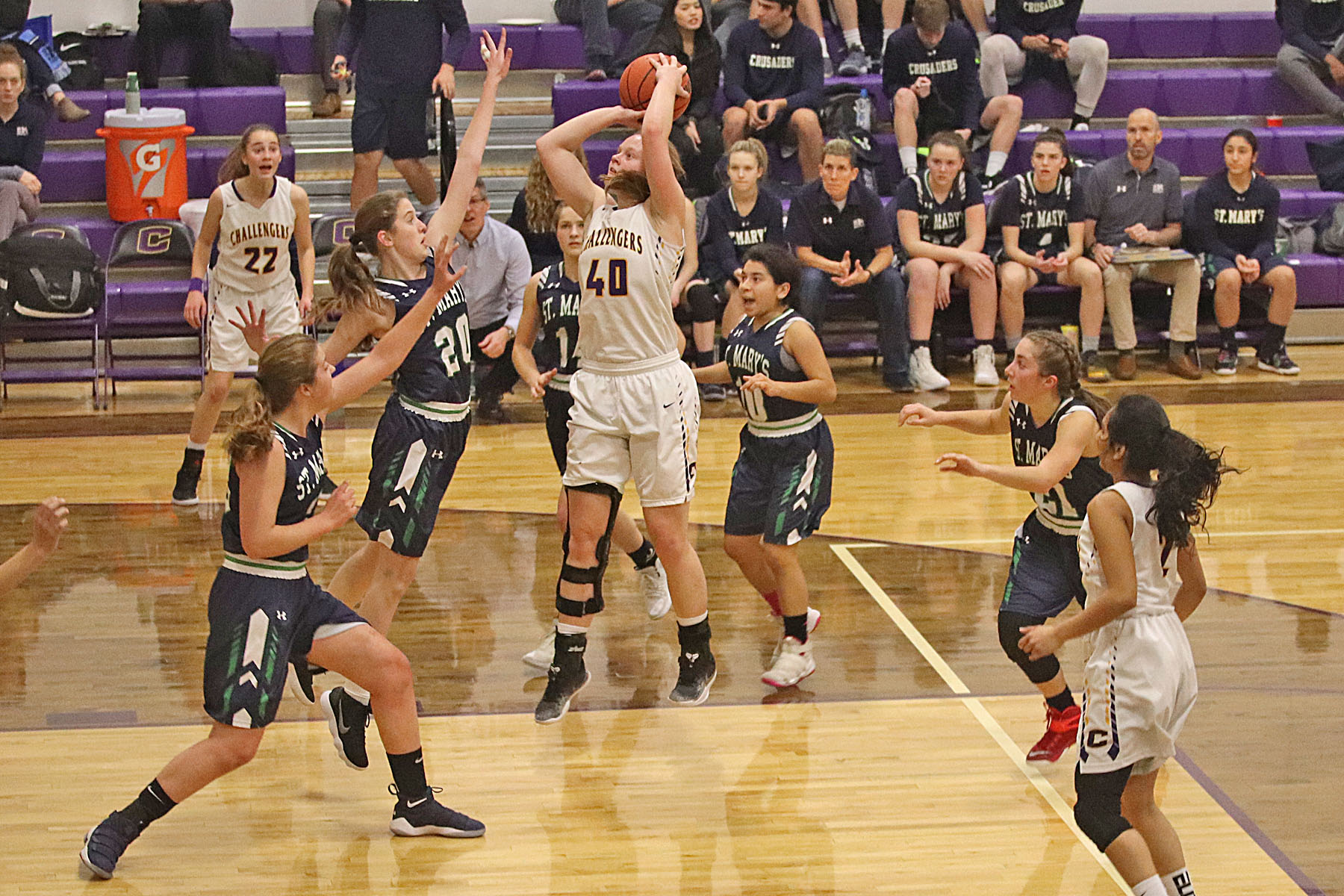 Junior Sophie Ferreira added 9 and sophomore Katelyn Willard 6. Ferreira, Willard, Elliana Hagloch and Liz White- who was sidelined all season will form the nucleus of the program going forward.

Best known for her stellar goalkeeping on the soccer pitch, Quast came out for basketball and became a valuable asset. Audrey played a number of minutes and started some games as the team battled through injuries to several key players.

A softball standout, Meilicke has contributed a great deal throughout her time in the program. Mallory plays aggressive defense, can score from long range and she even handled the ball some this year in the absence of White.

Alexander was a Swiss Army knife for Coach Glenn Johannes. She provides physicality in the paint, she can score inside with either hand, she rebounds and even handled the ball some this season. In good times and bad, Abbey just kept grinding away.

Blessed with athleticism and an early growth spurt, Emily Stephens left an indelible mark on Challenger hoops. There’s nothing she couldn’t do. Stephens also served as an inspirational figure, coming back from major knee surgery and battling through others to lead the team.

The Challengers wrap up their season Tuesday night at Brookings-Harbor- Cascade Christian a testament to perseverance.