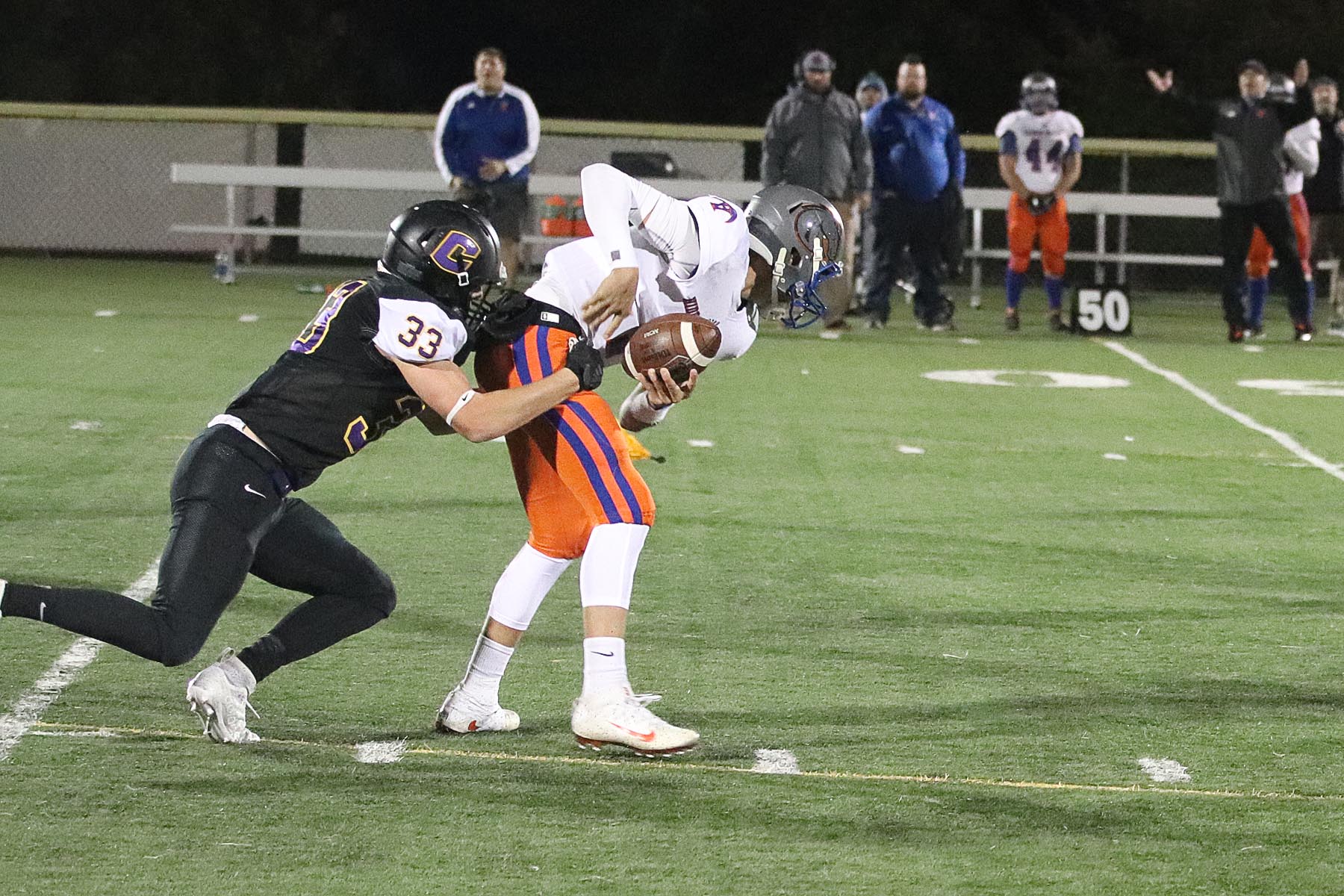 Going into the night’s action Friday, Hidden Valley and Cascade Christian owned perfect records. In fact, the Challengers hadn’t lost a league game since Jon Gettman took over as head coach in 2010.

Eventually, even the best of programs will take a tumble. The Mustangs put on a dominant performance in virtually every phase of the game. Tobias Powers ran for 185 yards, fullback Tanner Noble scored twice, and Sam Vidlak was near perfect in the 42-14 victory.