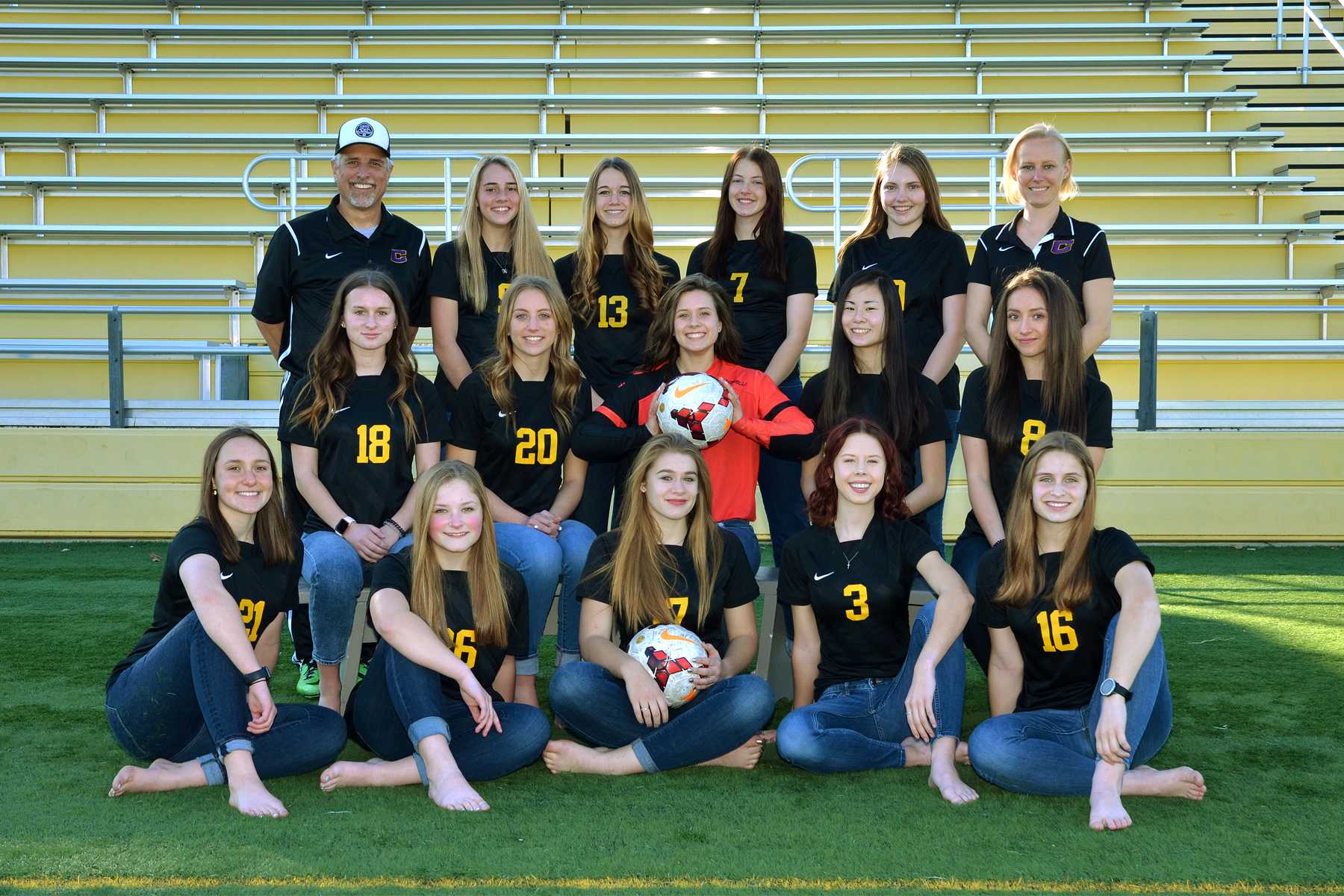 On Cascade Christian girls soccer Senior Day, Katelyn Willard and Zoie Fisher celebrated in fine fashion, scoring to lead the Challengers to victory, 4-1. Fisher, Willard, Rebecca Clark, Emily Knight, and Lily Akins were all honored for their contributions to the program.

The scoring started in the 19th minute, when Ellie Vanlandingham placed a corner kick by Katie Erno in the back of the net. Erno’s skill from the corner led to one more score, the second of two goals by Willard later in the game.

Emily Knight had her day end a little earlier than she would have liked. The goalkeeper sustained a broken nose, pressing freshman Graycee Dorner into duty. The soccer newcomer did a tremendous job fielding her position and made some nice saves.

Willard’s first goal came on a breakaway to make the score 2-nil. Throughout the day she kept the pressure on the Honker’s defense as a “won’t back down” player.

Zoie Fisher capped off the scoring as she would not be denied on a long run up the middle. Best known for her defense, Fisher made a fun memory for her senior day.

Our hats off to this team with an eclectic mix of experienced and inexperienced players. Together, they meshed on the fly, not only getting a pair of wins over Lakeview, but also victories over Illinois Valley, but they showed a lot of guts and determination in narrow losses to St. Mary’s and North Bend. Against a strong Brookings-Harbor team, the lady Challengers played to a scoreless tie.

Coach Jeff Fairbanks and Company finish the regular season at 3-3-2. We’re proud of you ladies! It’s hard to beat an opponent who never gives up.