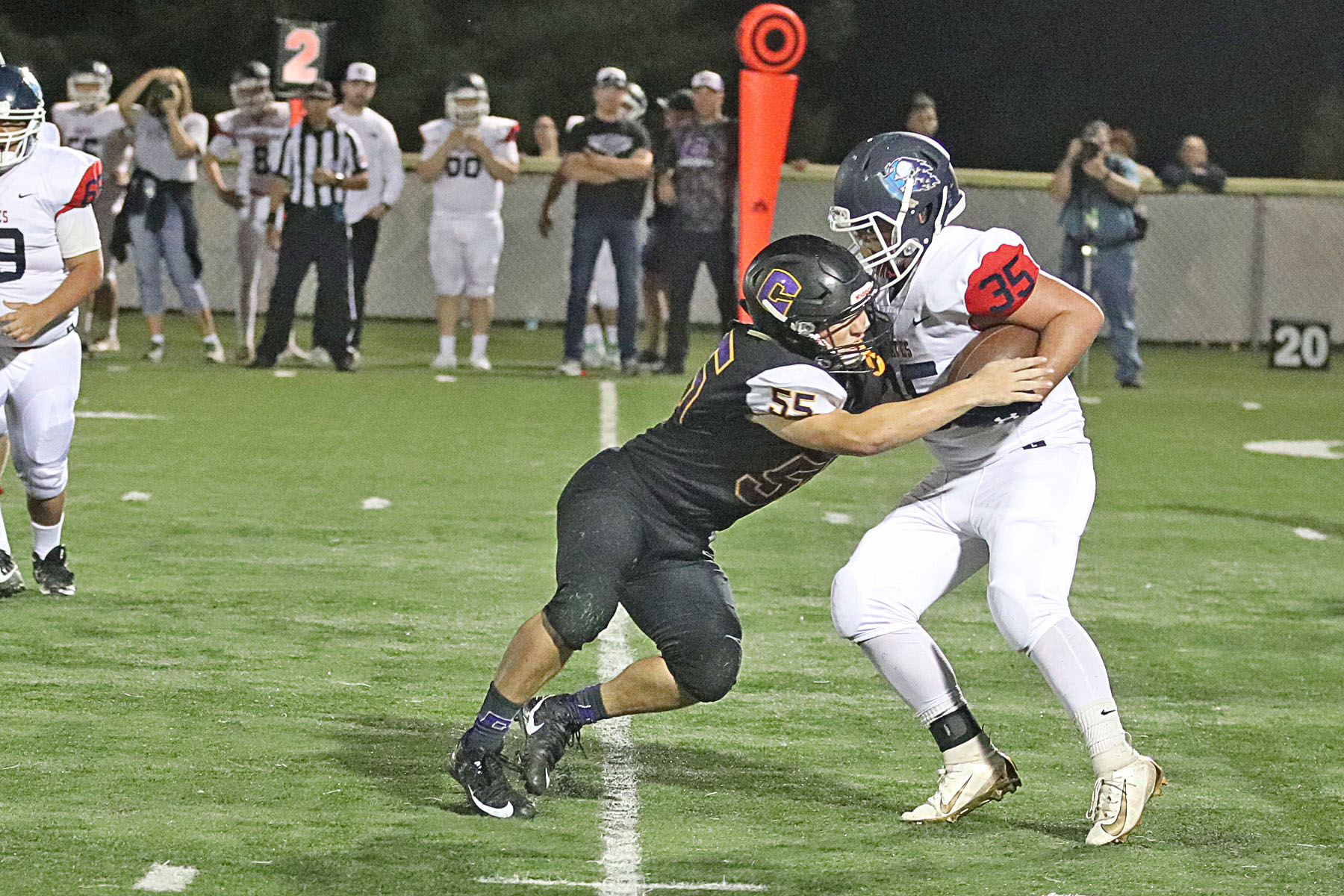 Kristian Fralich scored three touchdowns- including two punt returns, Elijah Smith ran for 122 yards, and Cade Sample got the Challengers in front early, scoring on the first play from scrimmage for Cascade Christian in a 52-13 rout of Phoenix.

After the Challengers jumped out to an early 14-0 lead, Nick Goff made things interesting with a 90-yard kickoff return for a touchdown to make it 14-6. A Fralich punt return for a score and a Kiegan Schaan for six gained separation for Cascade. The Challenger defense flustered the Pirates, keeping them from sustaining any kind of offensive momentum. Schaan and Fralich led a spectacular team effort defensively.

In the second half, Fralich scored on another kick return, and freshman JT Knobloch-Scott capped off a successful night at kicker with a 20-yard field goal.

Next week, Cascade Christian visits 4A Klamath Union, who comes off a 34-8 loss to 5A Eagle Point.