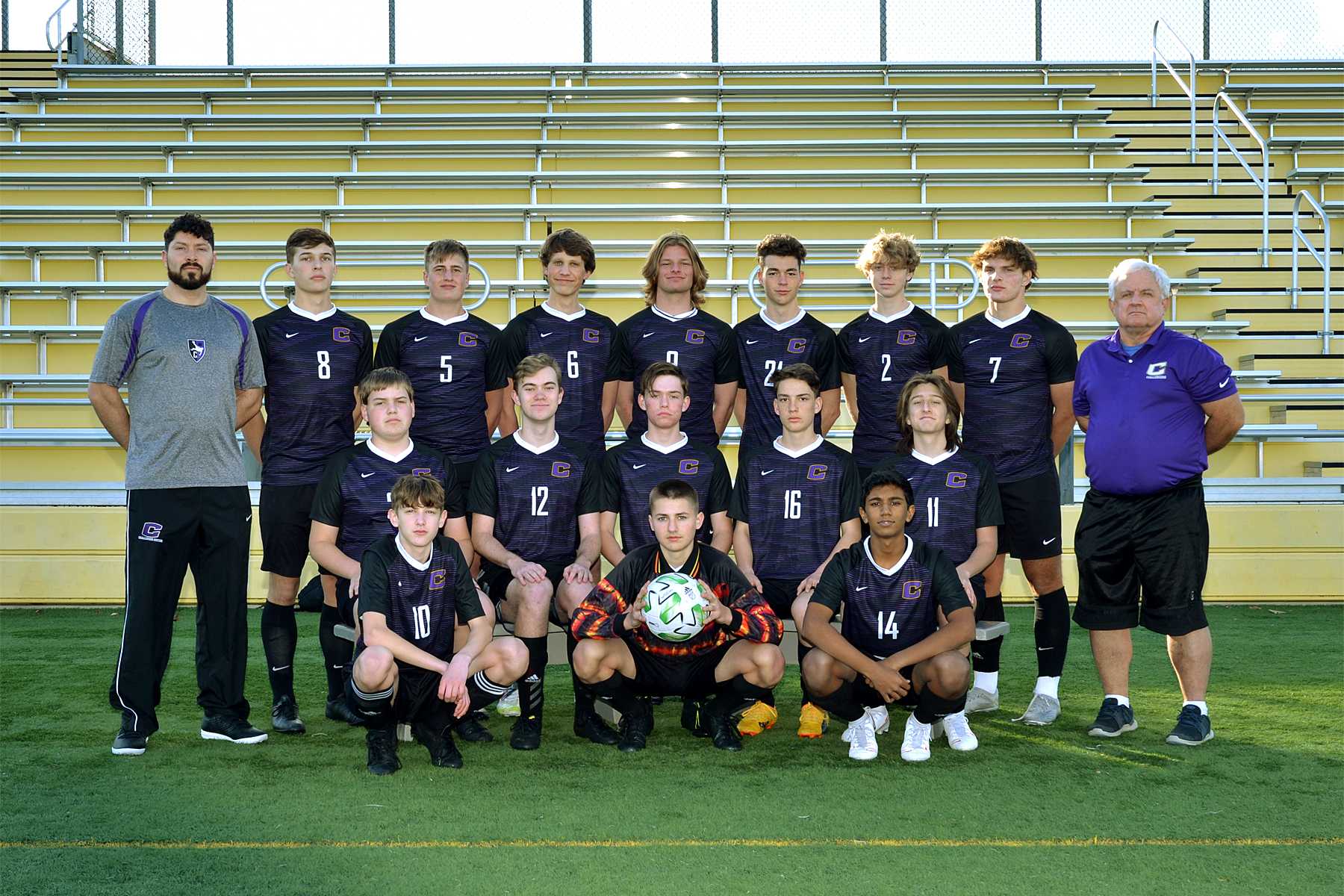 It takes eleven. A Cascade Christian Challengers team hampered by injuries got contributions far and wide to defeat Rogue River at Beck Field.

Freshman Josh Clark- starting in place of an injured Mikey Melvin scored his first career goal from the right wing, and recorded his second assist of the season on a scoring pass to Jonny McCoy.

From the left wing, scrappy Nikhil Joseph- who’s been knocking on the door all year- kicked it down on an assist from McCoy. Along with four goals, McCoy had three assists on the day.

In addition to Melvin’s hamstring injury, defender Nathan Spurlock and Brandon Parker are banged up. Senior Connor Willis took Parker’s outside back spot, to move Solomon Hewitt to center back. Levi Sciapiti took one for the team, and gave up his forward spot to cover Spurlock…..that is after he scored a goal, and dished out an assist to McCoy. Willis and junior newcomer Samuel Hewitt saw extended minutes, and both provided valuable service to the team.

Later in the half, midfielder Ryan Crowl moved into goal to give freshman Dylan Westlake some time up front. Crowl held the line, and Westlake got a welcome break from the high stress position.

For scoring- five Challengers tallied goals. McCoy had four- and then there were goals by Sciapiti, Levi Marincus, Joseph and Clark. Westlake and Crowl combined on a clean sheet.

Friday- the Challengers conclude their regular season with a home date against Rogue Valley Adventist and await word on a culminating week playoff game scheduled for Monday.