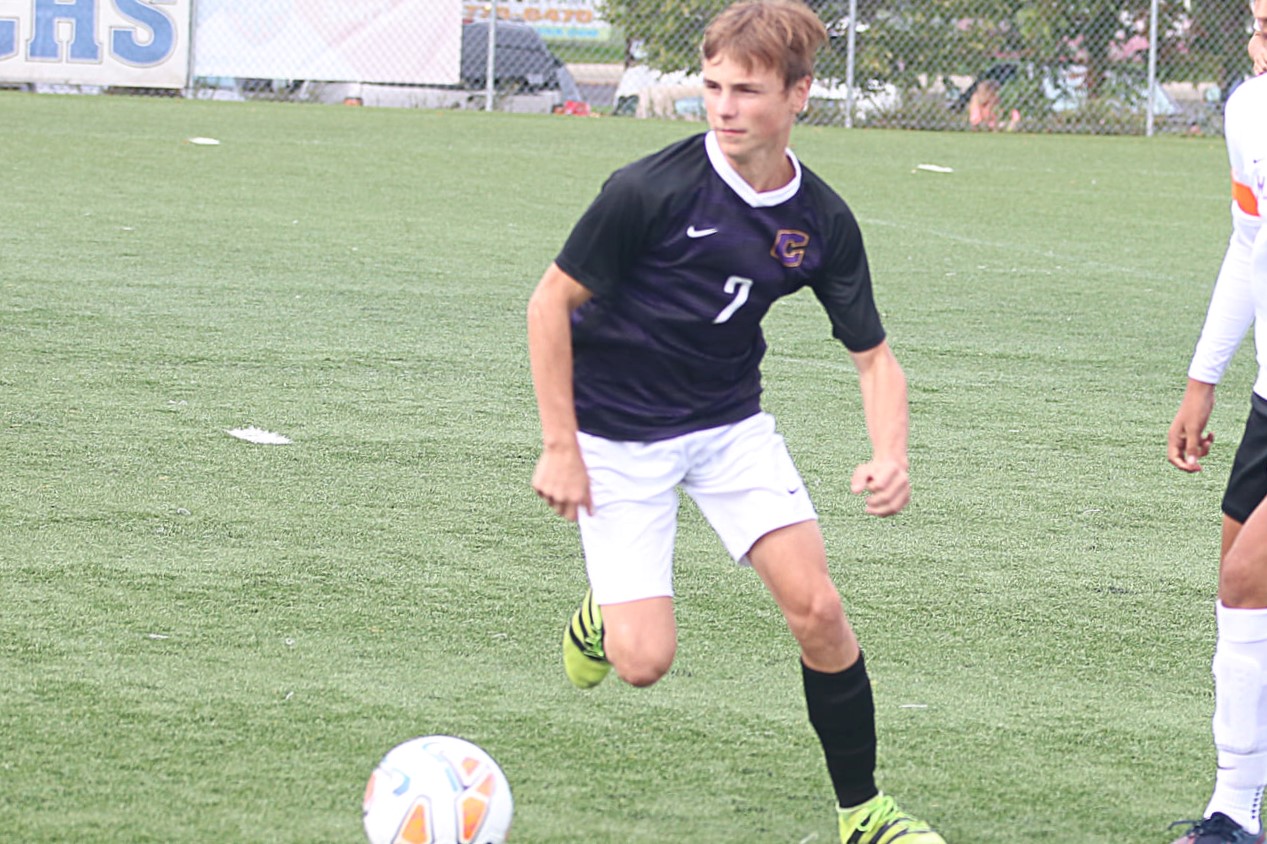 With a Senior Day win over Rogue River, Cascade Christian’s boy’s soccer team has nailed down second place, and a playoff berth. Jonny McCoy scored four goals and Cody Reece added another as the Challengers prevailed 5-2.

In the 9th minute, McCoy got a feed from Reece for the game’s first goal. Reece- a sophomore and new to soccer- has teamed with Kai Coster to be among the team leaders in assists this season. Donminic Lewis and senior midfielder David Flores-Hernandez also provided passes that turned into McCoy goals in the first half.

Something you rarely see is a goalkeeper assisting on a goal. In the second half, senior Caleb Knight sent a high, booming punt out past midfield that McCoy was able to catch up to and put in the back of the net.

Reece put the cherry on top with a score in the second half, courtesy of Coster. Leading 5-0, Knight was given opportunity to come out of the goal to play at midfield and senior forward JJ Thomas volunteered to put in minutes at goalkeeper.

The Challengers will wait until Saturday night to find out where they go Wednesday for their first round playoff matchup. With a team chock full of athletic, but inexperienced newcomers, the Challengers finished 9-3 in league, and 9-4-2 overall.