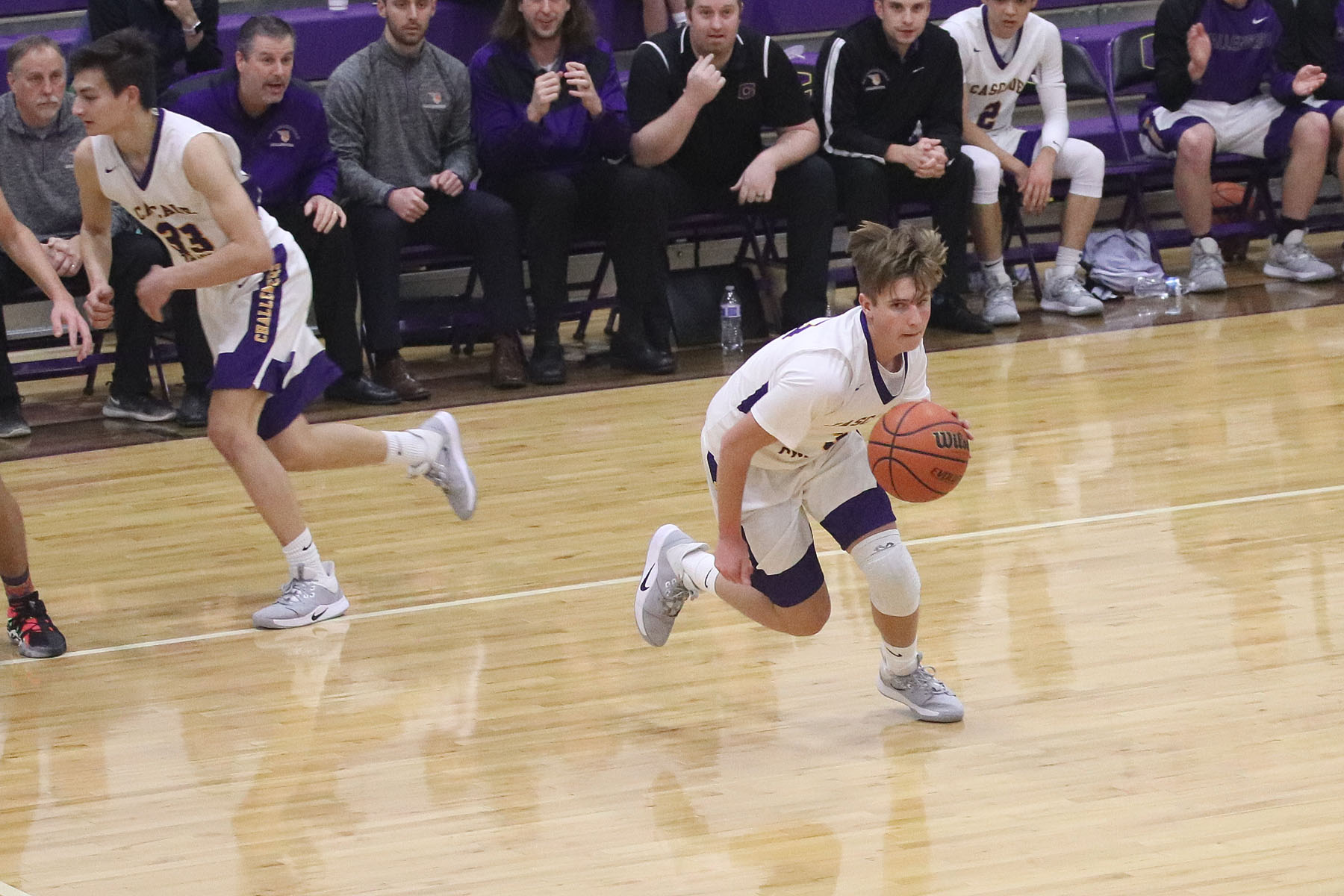 You’re playing a good team, but you’re missing your leading scorer with an illness, your leader in steals and assists with an injury, and your best post defender with an injury as well. No one would look down at you if you lost.

Cascade went 7-18 from behind the arc, as Ryan Crowl, Kiegan Schaan, and Layne Collom bagged a pair of triples each, and Kai Coster hit one from distance as well. Collom also went 7-7 from the free throw- where the team went 12-18.

Crowl wasn’t the only reserve to see extended minutes. Titus Miller came off the bench to lead the team in rebounding with six. Schaan has three steals for the Challengers, while he and Collom dished out three assists each.

Tonight, the Challengers resume league play at home against South Umpqua. Both the boys and girls varsity contests will be broadcast on The Nail.