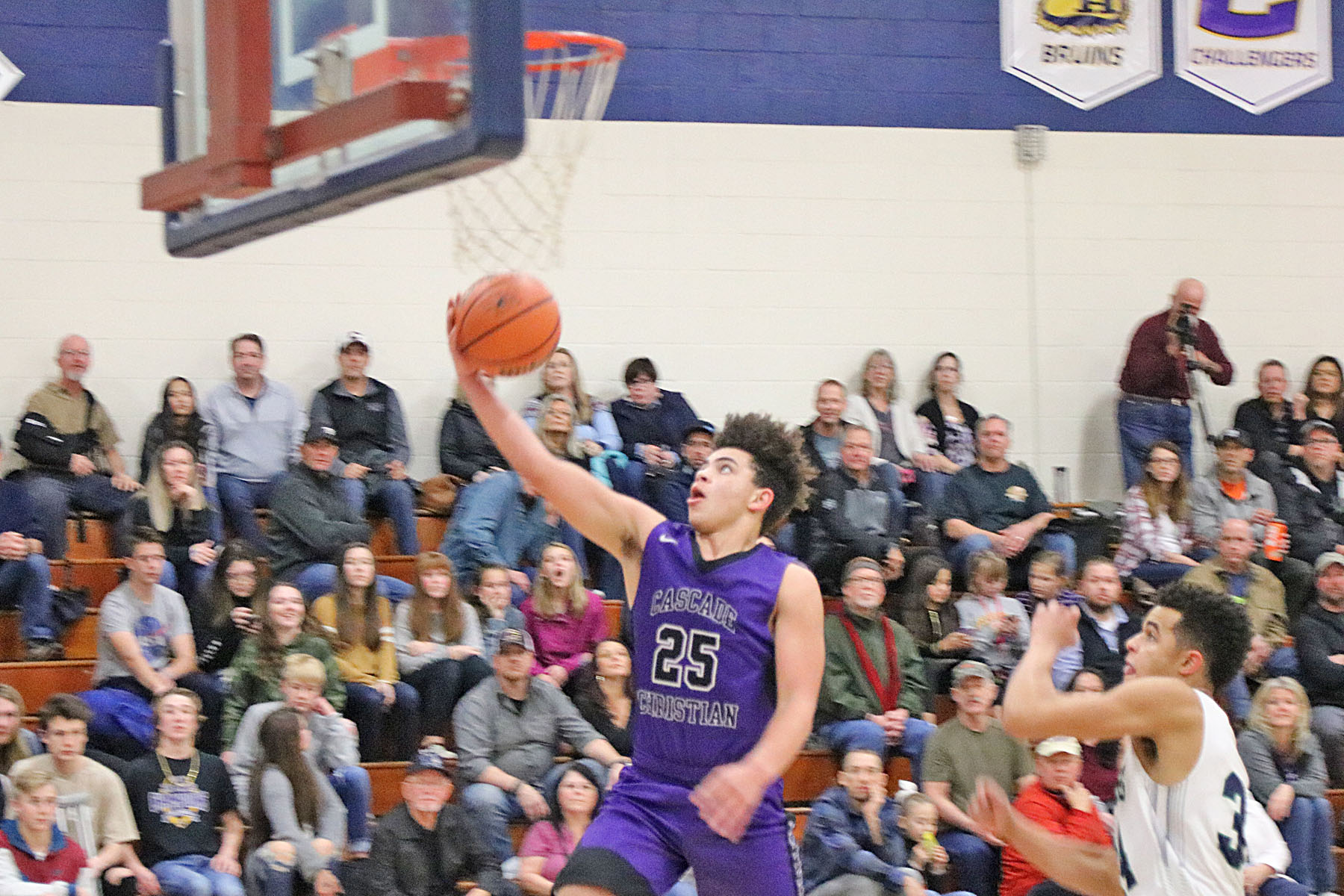 St. Mary’s proved to be every bit the dangerous opponent they can be. 6’5 post Trevahn Foster lit the Challengers up for 29 points, and the Crusaders went toe-to-toe with Cascade Christian all the way.

Donminic Lewis broke a 39-39 tie when Nathan Sternenberg was assessed a technical foul for hanging on the rim on a slam dunk. Up by two, Lewis buried a 3-pointer that gained the Challengers some separation. In the fourth quarter, Layne Collom was 6-7 from the free throw line to seal the Challengers 65-57 victory.

Lewis led Cascade with 17, Kiegan Schaan added 15 with an array of pull up jumpers and drives, and Collom finished with 14. Five of Cody Reece’s seven points came from the free throw line, where the Challengers added 23 points.

At 16-2, Cascade Christian is ranked third in the Oregon 3A power rankings. The Challengers are 5-0 after one half of league. The first of three big road tests come up Friday against Brookings-Harbor. That game will be broadcast on The Nail with pregame starting at 6:50 pm.