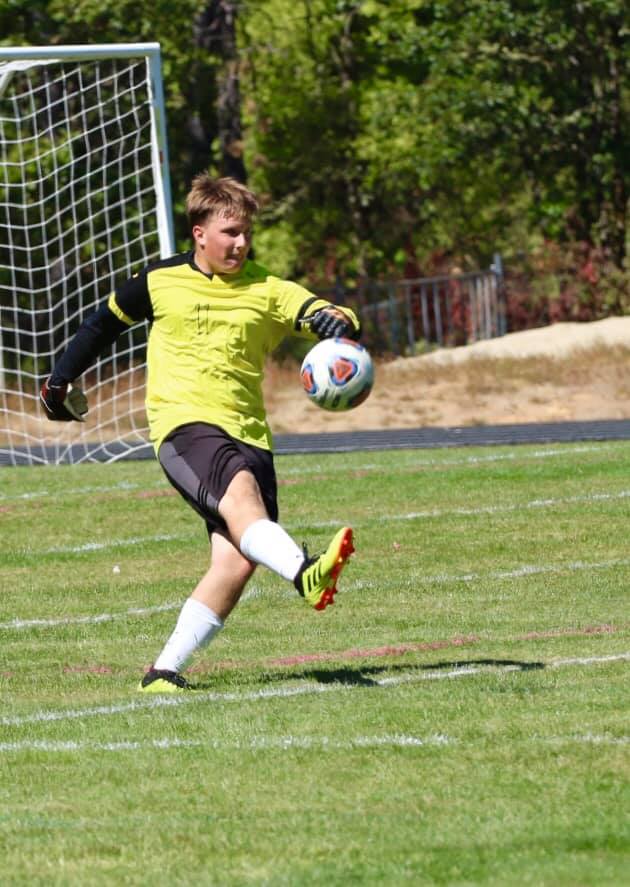 Cody Havniear scored his first goal of the season in the 15th minute off of a feed from Justin Fairbanks. Things hit a lull for a while until David Flores- Hernandez scored in the 52nd minute, thanks to a pass from Isaac Armstrong.

Two minutes later, JJ Thomas banged a goal home from near the left sideline with an assist from Kai Coster. Then in the 61st minute, JT Knobloch-Scott connected on a smash. Jonny McCoy moved up from his sweeper spot for a little time at striker, and wove through traffic to put the icing on the cake with 7 minutes left to go.

Seth Thomas, Brandon Parker, McCoy and Fairbanks anchored a defense that made goalkeeper Caleb Knight feel a little bit like the Maytag repair man. Knight collected three saves on the day that he fielded with ease.