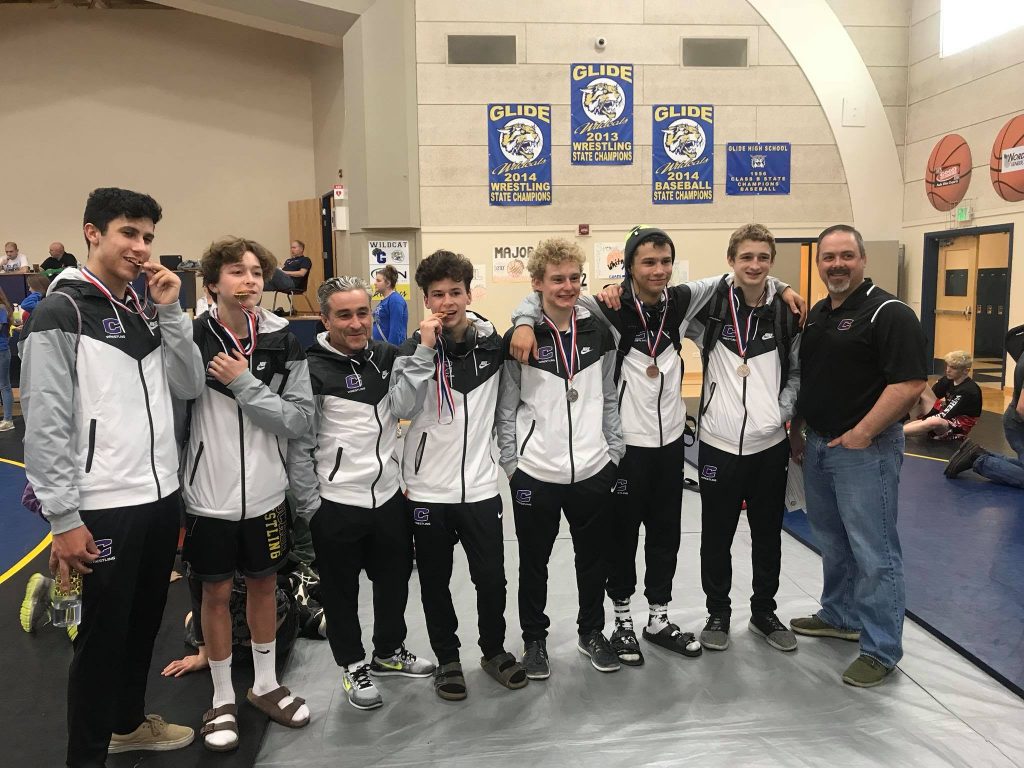 GLIDE — Gabe Vidlak was named the meet’s outstanding lightweight and was one of three Cascade Christian wrestlers who claimed district titles as the Challengers finished third in the District 4 Championships Saturday at Glide High School. La Pine had five district champions and won the first-place team trophy with 230 points, Glide placed second with 211 and Cascade Christian third with 117.5.The Challengers brought six wrestlers to the meet and each placed in the top three of