The new Cascade Christian High School Trap Shooting Team competed every week during their season under the coaching of Mel Weeks. Their season concluded with Cascade Christian winning the Class A, Division 2 State Championship! This is an amazing accomplishment for a first year team.

The Cascade Christian Trap Shooting Team is comprised of students from Cascade and from South Medford High School. Matthew Dunnigan (11) placed first for those representing Cascade Christian, as well as tying for First Place in the State. Mason Bailey (11) was also in the top 25 for the state after their 5th week of shooting, coming in at 14th. 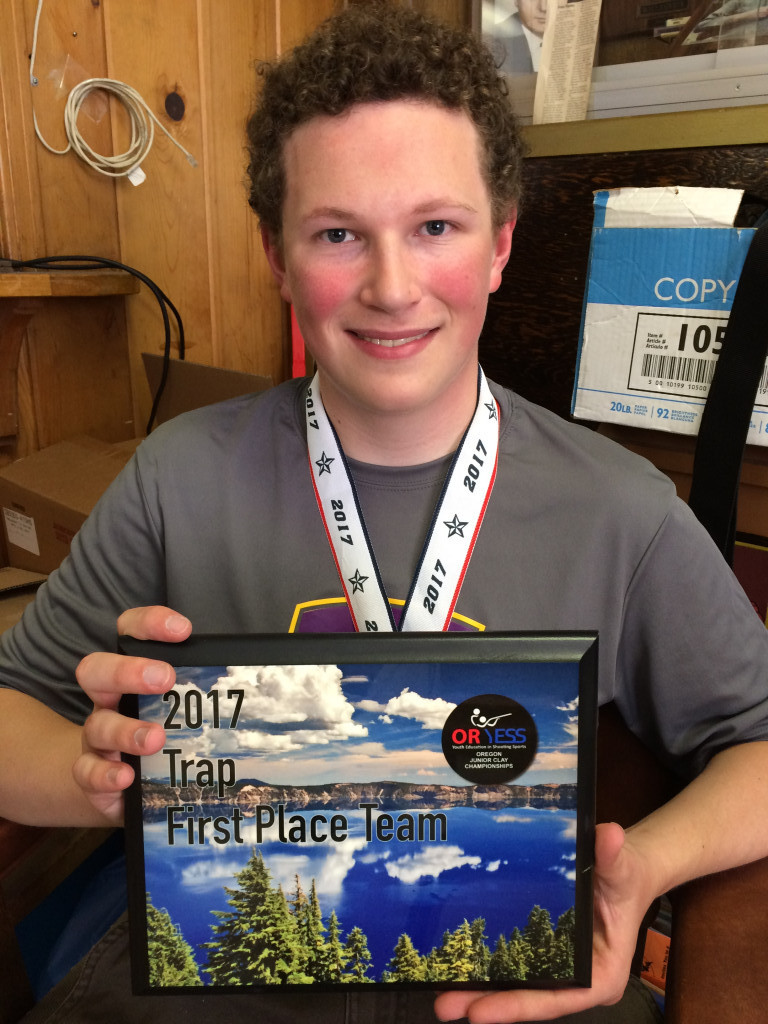 Congratulations Cascade Christian Trap Shooters. You represented your schools well! We would also like to thank Coach Mel Weeks for making trap shooting club a reality for our students. We look forward to seeing how the team grows in the upcoming years. Any Cascade Christian student interested in joining the team can contact Mrs. Tammy Martinez, AD Assistant, at 541-608-1330.

The team will be practicing their shooting over the summer and those interested can join in. To learn more about high school trap shooting visit the website at orclaytarget.com